Shark Attack! What Can You Do? 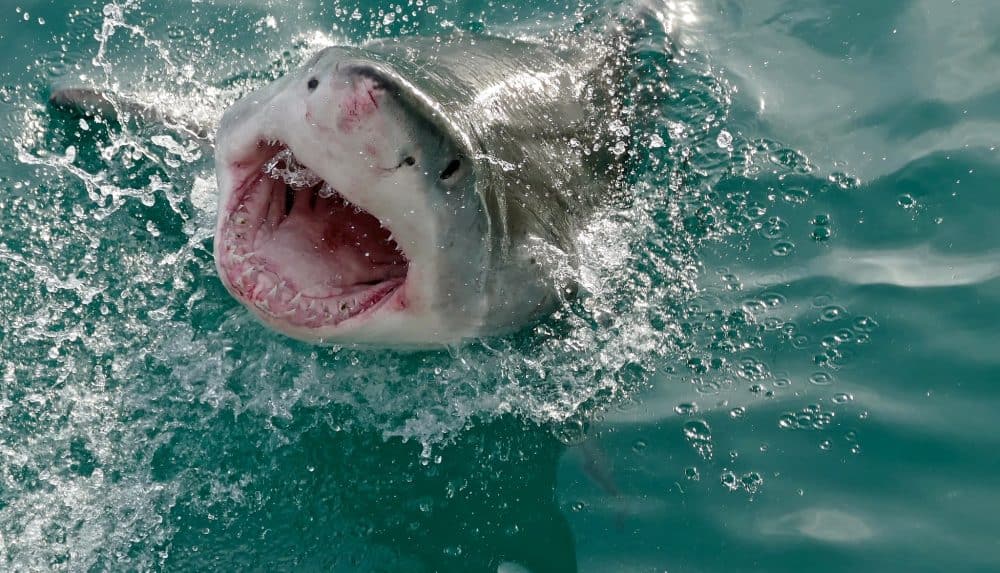 French surfer, Dylan Nacass, was attacked by a shark attack at Bells Beach. He escaped with minor leg injuries.

Learning how to manage severe haemorrhaging is part of our First Aid training at Australia Wide First Aid.

In Australia, we truly go coastal. With our abundant sunshine and warm weather, we flock to our beaches. We swim, surf, water ski, kayak, scuba dive… When it’s hot enough, it seems we’ll reach for any excuse to jump in the salt water — any day, any time.

It’s madness, however, not to acquire First Aid skills. You simply have no idea when someone at the beach will find themselves in dire straits — whether they’ve suffered a spinal injury, half-drowned, been stung, or become the victim of a shark attack.

First Aid training will have you prepared to be of vital assistance in any of these situations. Can you imagine ever regretting being able to save a life?

The human body contains between 5 and 7 litres of blood. It’s not too difficult to comprehend how quickly and easily the victim of a shark attack can bleed out.

The difference between life and death will be a First Aid plan to deal with severe blood loss. Read on to learn about how First Aiders are able to respond with emergency support for a shark attack victim.

While humans are not on a shark’s regular diet, attacks that sometimes occur are invariably down to the basic food instincts of this ancient predator.

They also sense fear, with instincts not unlike that of a canine. Your fear would certainly do nothing to throw a shark off going in for the kill. Despite it being easier said than done, if you know a shark has you in its sights, try not to panic.

You can’t turn and run. Your best option is to focus your attention on the shark, so you can at least be ready to take some defensive action.

Use whatever you have handy, your spear gun, your surfboard, to defend yourself. Follow the lead of surfers, Mick Fanning, Dylan Nacass and, more recently, another surfer’s efforts — and try to punch the shark in the nose or gills. It might just put the shark off its game and buy you enough time to get to safety.

Get Out of the Water, Warn Others

Get to shore as quickly as you can, while sending out the alarm to anyone else in the water.

If you’ve been mauled, as soon as you’re out of the water, ask someone nearby to call an ambulance. Make the call yourself if no one else is around.

Waste no time checking to see how much blood you’re losing and from where. We recommend checking the neck, thighs and arms first. This is known as a blood sweep in the military. It’s the fastest way to identify if you have a bad bleed.

If you have an arterial bleed — where blood is spurting from the inside thigh, upper arm or leg — you will need to contain the bleeding quickly to avoid both shock and bleeding out.

How To Improvise a Tourniquet

To stop the blood flow from a limb that’s been bitten, you may need to apply a tourniquet.

You can improvise a tourniquet, using a strap, a belt with a buckle, or something similar. A towel would be your last resort for making an improvised tourniquet because, like a sponge, it would tend to draw blood out of your body.

Make sure your tourniquet is applied high and horizontal, and wind it tightly.

After applying a tourniquet, use a shirt or something similar to pack the wound and help stop the blood flow.

Try to lay flat, legs raised, if possible. Cover yourself to stay warm and awake, until emergency services arrive.

If you begin to feel faint, lay on your side (aka the ‘recovery position’). This way, if you lose consciousness, your airway will remain open and not blocked off.

These First Aid tips could help save yourself or someone else becoming a fatality after a shark attack.

To better prepare yourself for this, or any other medical emergency, we recommend you take our HLTAID003 Provide First Aid course.

Find a First Aid course near you.