BROKEN BONES — fractures included — take 6 to 8 weeks to mend, on average. Averaged because various factors are involved and healing times don't always go according to plan.

Some fractures can take 12 weeks to heal, some even longer. Broken bones in children may heal in 3 to 5 weeks. 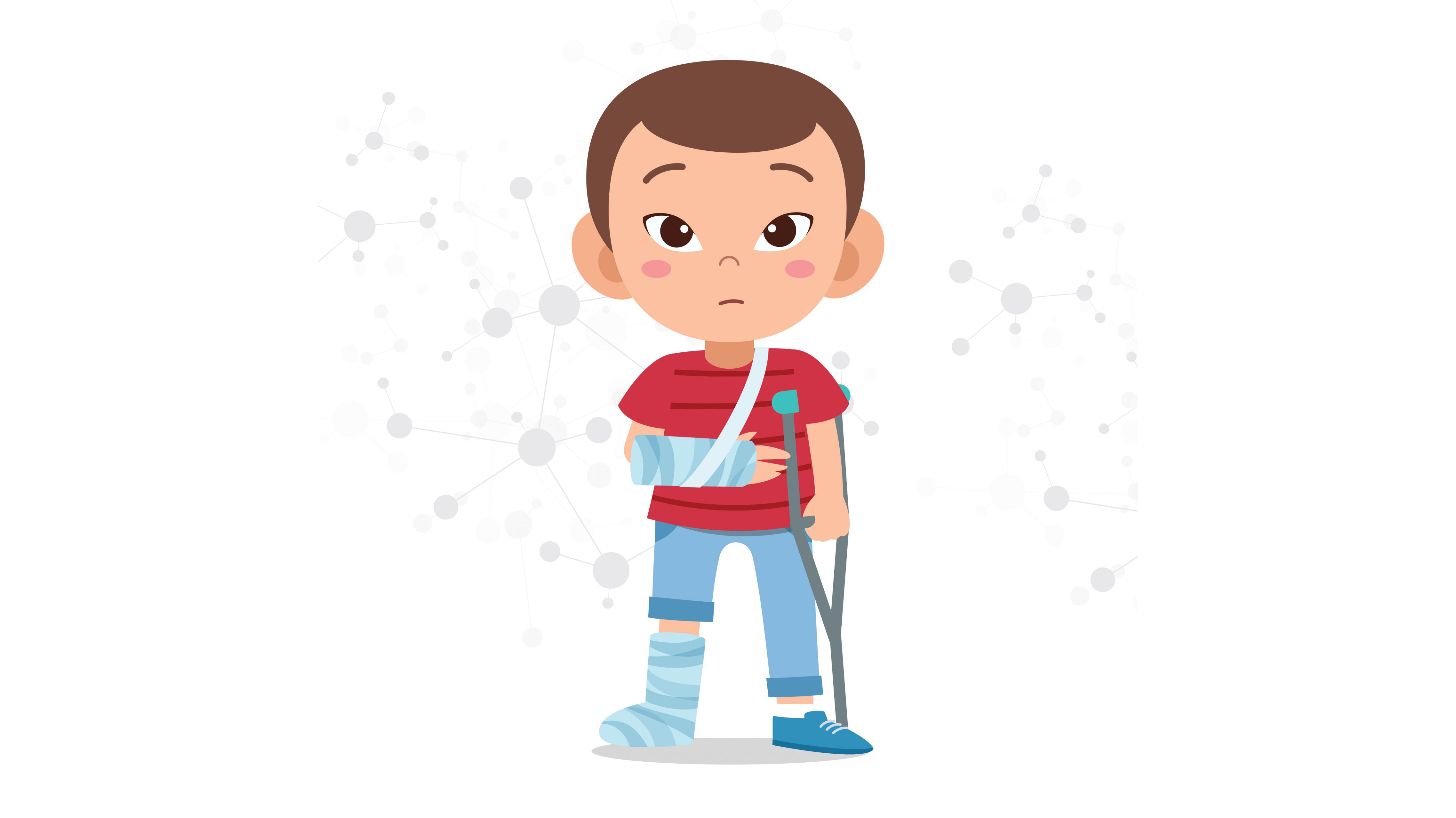 How to tell if a bone is broken

An audible snap might be heard at the moment of injury — a "cracking" rather than "popping" sound. Even less pleasant, a grinding sound might be evident.

You can't always count on listening out for such noises when you're falling down the stairs or being battered by a blunt object.

Sometimes a bone will poke through the skin.

You can count on feeling the pain when you try to move or put weight or pressure on the injured area.

The tell-tale signs of a broken bone include:

The symptoms are similar for broken bones (fractures), strains, and sprains.

An X-ray will confirm or rule out a broken bone. The doctor can then provide appropriate treatment for recovery.

What happens when bones break?

Pain is a common result. Although not for everyone.

When the fracture is minor, pain may be insignificant to the point the person may not realise they've suffered a break. They could have a fall, then spend the rest of the day skiing, walking, dancing, oblivious to the reality of the damage.

More often, for many bone breaks, it's like the deep ache from a bad stomach ache or headache. Some people experience sharper pain, especially in the case of an open fracture.

Pain directly over the bone, where there's little or no soft tissue, is common. Severe swelling or bruising is usually evident over the top of the bone. The area could look lopsided or deformed.

Numbness or tingling can also be present.

Pain increases as pressure is applied or when the injury is moved. The injured limb generally cannot be used. Taking even 3 or 4 steps on the injured foot or ankle, for example, would be too painful.

Breaking a bone is a shock to the system, often leaving the person feeling woozy or chilly.

For some people, the shock of the injury can mask the pain, at least for the time being. Some might pass out until their body adjusts to the trauma.

According to research, people who fracture an arm, leg, spine or hip are more likely than other people to have widespread pain in their body decades later. 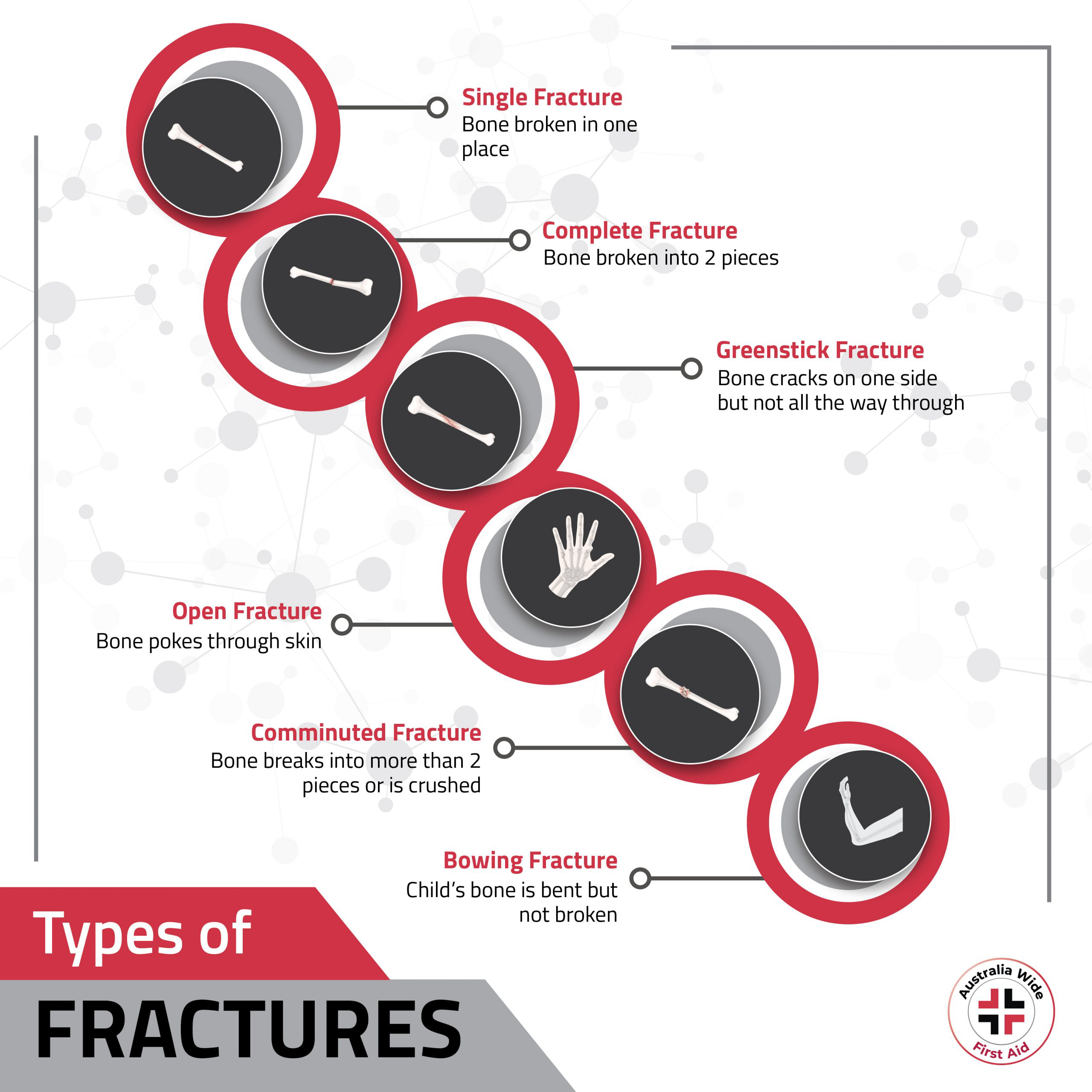 Fractures are described in the following ways:

How do broken bones repair?

A broken bone will begin to repair within hours of the injury.

This all happens in the first week or two.

It's important to rest the broken bone as much as possible. During the healing process, it helps to refrain from smoking and eat a healthy diet. Doctors will advise if any exercise would be appropriate.

Some time between day 4 and week 3, a soft callus forms around the broken bone. This is collagen replacing the blood clot — not strong like bone, but certainly more firm than a clot.

If movement is not restricted, this callous could be at risk and delay recovery. Hence the need for a cast.

Around 2 weeks after the break, cells called osteoblasts begin forming new bone and adding minerals to strengthen the repair. This is the hard callus. The process continues for 6-12 weeks following the break.

The cast usually comes off around weeks 6 to 8. This will reveal skin that’s pale or flaky, body hair that is darker than usual, and a recuperating body part that has lost some muscle bulk.

Wearing the cast, while critical for healing, has led the muscles to lose their vitality. Early physical therapy with basic exercise helps ease stiffness, breaks down scar tissue, and builds muscle.

Bone remodelling takes place next. This involves cells called osteoclasts, which fine-tune the process, breaking down any extra bone that forms during healing so that bones return to their regular shape.

Resuming normal activity at this stage, aids in the healing. This bone remodelling can continue for years after.

The doctor will want to know about the following signs:

How often do bones break?

Prime time for breaking bones is childhood — especially between the ages of 11 and 15 years. As many as 50% of boys, and up to 40% of girls, break or fracture broken bones.

Kids will be kids, so this is not altogether unexpected. Consider also that the rate of growth in children's bodies can often outpace the intake of minerals needed to keep bones strong.

People over the age of 50 are also high risk. Between 30% and 50% of them suffer vertebral or spinal fractures.

Hip fractures are less frequent. But the bad news is that 20% of people over 50 years who fracture a hip, die within 6 months.

Averages, of course, can be skewed. Extreme sport pushes the envelope. Motorcycle stuntman Evel Knievel, for example, racked up an incredible 433 fractures before retiring from his daredevil feats in 1975.

Which bones break most? 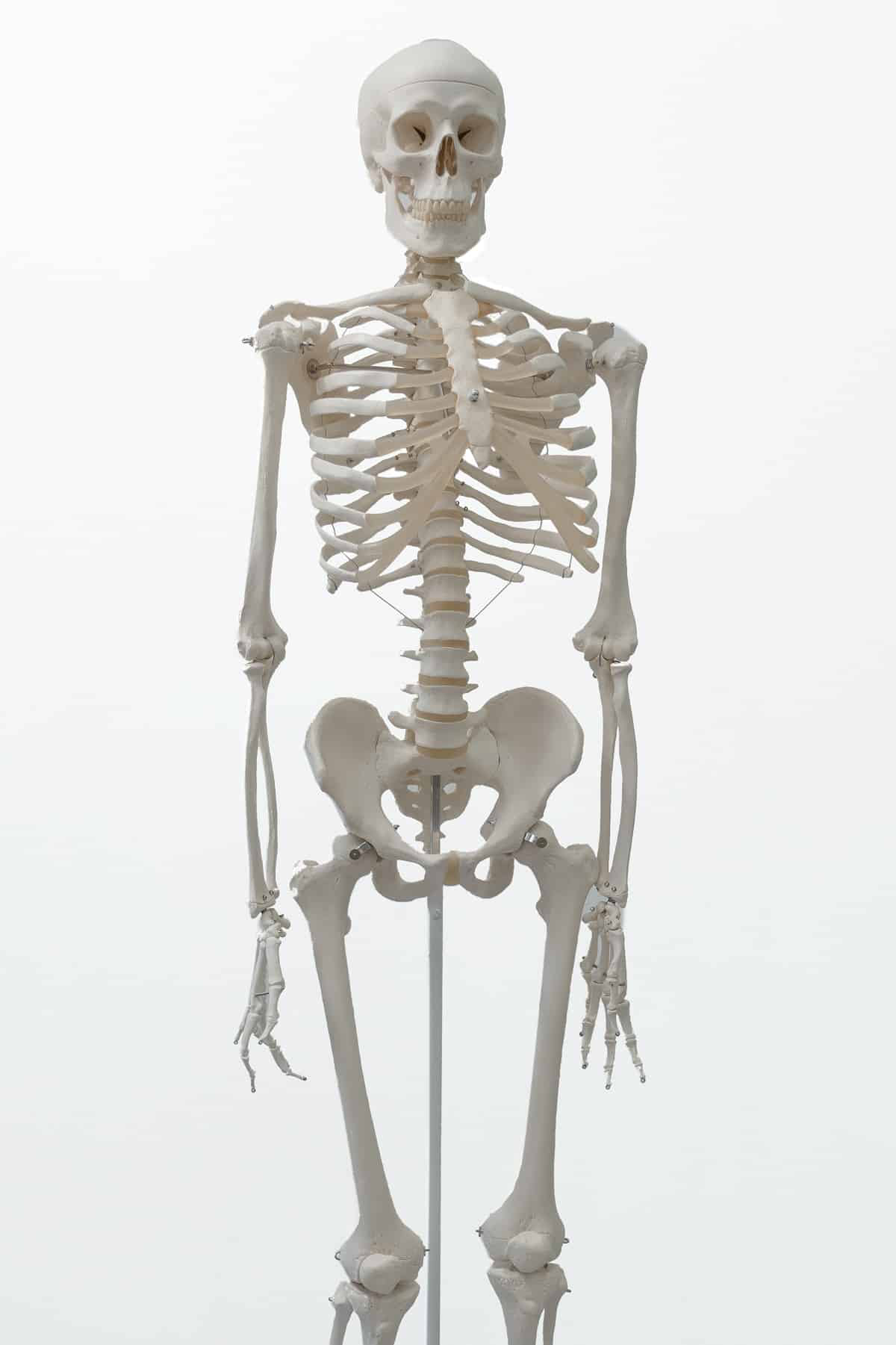 The human body has 206 bones. Given the right circumstances, any of them could break. But which of these bones break most commonly?

The collarbone — aka clavicle — breaks more often than any other bone. It's in a prominent location and it plays a pivotal role in the arm's connection to the body. Collarbone breaks are common among children and people playing sport. A great many are also broken in car accidents.

The second-most common broken bone among children are arms. Forearm fractures represent up to 50% of all fractures in children. It's a natural reaction to throw an arm out when trying to prevent impact, such as when tripping over. Which also brings us to No 3 on the list…

The wrist is the bone most commonly broken in the arm. Breaking a fall can break a wrist and is typically common among skateboarders and bike-riders.

Hips, especially in women over the age of 65, are frequently broken. The risk is high in this group because of brittle bones caused by calcium loss and osteoporosis.

How to treat broken bones

If you are a first responder and you suspect a broken bone in the neck or back, or you're unsure which bone is broken, wait for a medical professional to arrive.

Do not try to move the injured person.

Moving a broken bone is not a good idea. Not only is it likely to cause pain, it could easily make the injury worse.

Cushion or support the injury with care, using towels or pillows.

ER is where the patient needs to go if a bone or joint is broken or dislocated, especially for breaks in large bones, such as the femur (thigh), pelvis, or hip, or fractures to the skull, eye socket, or dental bones.

Hospital X-ray facilities will enable proper diagnose. In hospital, all types of fractures can be set, splint, and cast.

In more serious cases, surgery is possible.Spinal fractures can benefit from better imaging by CT scan.

Once the broken bone has been set, the next step usually involves a cast. This is a tough shell capable of keeping the bone in place for a month or two until the break mends. Some casts are fibreglass or plastic. Others casts are formed by hardening bandages soaked in plaster.

Metal pins, or screws, rods and plates, can be inserted to help set larger bones that have broken in 2 or more places. Sometimes the hardware is removed after the bone has healed. Sometimes it stays in.

Traction is used in some cases to hold the bones in the right position, using a system of weights and pulleys around the hospital bed.

Broken bones happen to everyone, say the averages

What is Monkeypox and Should you be Worried?