Every year, more than 250 Australians are given anti-venom after being bitten by Redback spiders.

The female is characteristically aggressive and is the one capable of harming humans. The male’s fangs are not able to penetrate the skin.

Is the Redback a Black Widow? 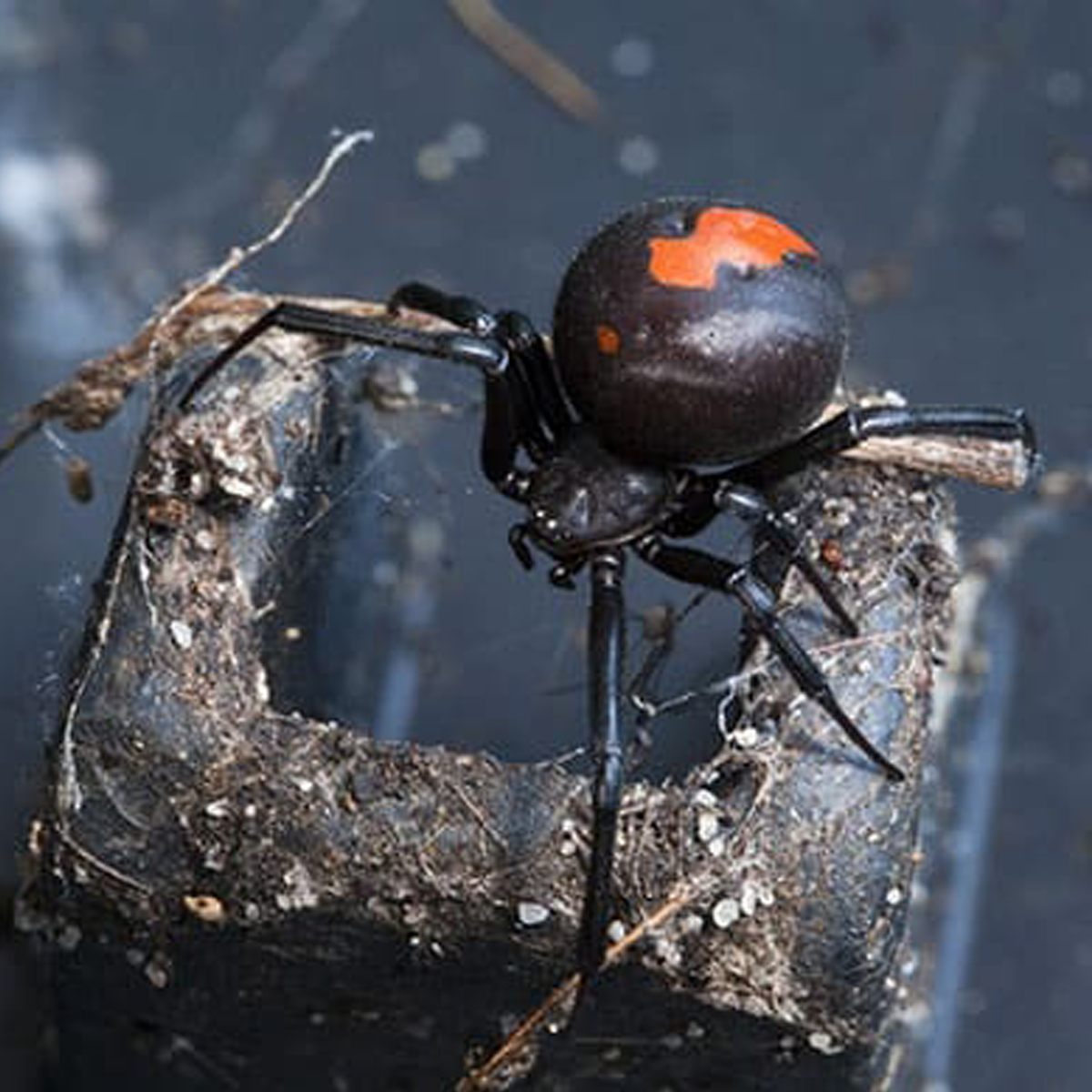 The redback spider is a member of the widow spiders genus Latrodectus. So it is related to the infamous Black Widow spider. Further similarities with the Black Widow will be revealed shortly.

The Redback can now be found throughout Australia, Southeast Asia and New Zealand. Inadvertent introductions have led to established colonies in the United Arab Emirates, Japan, and greenhouses in Belgium.

The adult female can be recognised by the prominent red stripe on the upper side of her spherical black body.

Males often have white markings on the upper side of their abdomen. Both sexes have a reddish orange, hourglass-shaped marking on the underside of the abdomen.

Females have a body length of about 10 mm. The male is much smaller, with a body only 3–4 mm long.

Males also have shorter lifespans, generally 6 or 7 months. Females live for 2 or 3 years. 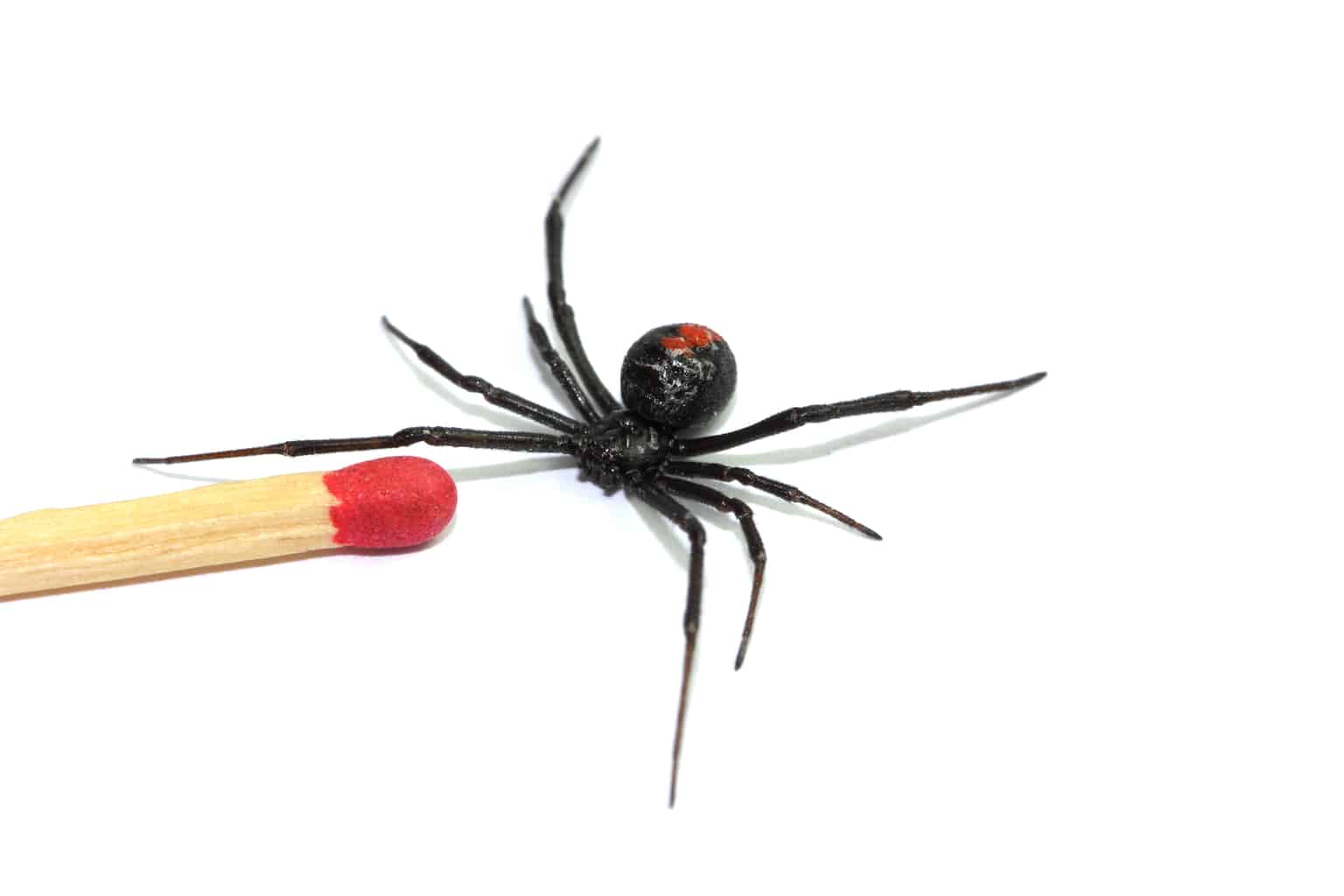 The female redback will spin her web in warm sheltered spots, often in and around residential properties. Mainly nocturnal, she preys on insects, spiders and small vertebrates that end up ensnared in her web.

Through its two fangs, the redback injects her prey with a complex venom. The victim is often immobilised by spray from the spider’s spinnerets, its limbs and appendages stuck to its own body.

The redback then wraps the victim in silk before biting it repeatedly on the head, body and leg segments. Troublesome prey is left to struggle for hours.

Once it is exhausted enough to approach safely, the redback will suck out the victim’s liquefied insides.

Since Redback Spiders don’t often stray from their webs, a human is unlikely to be bitten unless they come into direct contact with the web or the female spider.

Male redbacks and spiderlings are often found living on the leftovers at the periphery of the female’s web.

Sexual cannibalism is a usual trait of the female redback. During mating, the male somersaults and twists his abdomen onto the fangs of the female. In the majority of instances, this results in the female cannibalizing the male.

After mating, sperm can be stored in the female reproductive tract and  used to fertilise several clutches of eggs up to 2 years later.

A bite from a female redback can be highly venomous to humans. It is predominantly neurotoxic and causes, in humans, a syndrome known as latrodectism.

Sweating in localised patches of skin is highly indicative of latrodectism.

An anti-venom has been available since 1956.

How to treat Redback spider bite

A Redback spider bite can be life-threatening to a child or pregnant woman, but is rarely serious for an adult, thanks to anti-venom.

The bite site is likely to remain red and itchy for a few days after the bite. If symptoms are still present after 7 days, revisit your doctor.