As any old map will show you, Adelaide is flanked by greenery. The CBD itself is encircled by parks, gardens, golf fairs, and even the Adelaide Zoo.

Beyond the CBD, Adelaide's eastern border is flanked by the Mount Lofty Ranges, which itself comprises a seemingly endless array of national parks, conservation parks, and the hiking trails therein. As such, Adelaide has a thriving hiking culture - perhaps to negate the effects of its similarly thriving wine and fine dining culture on the waistband!

Though hiking does allow people to celebrate and explore Adelaide's unique flora and fauna, as well as snap some Instagram worthy pictures of the city skyline, it is not without its dangers.

All hikers should be wary of the injuries that may befall them, the most common of which we will explore in this article. We will also be discussing key first aid techniques to manage hiking injuries, as well as some of Adelaide's most popular national parks for hiking enthusiasts.

Cleland National Park is home to some of the best trails with which to experience and celebrate Adelaide's spectacular natural attractions.

The park started out in the 1800s as a place for rich settlers like Arthur Hardy and Sir Samuel Davenport to graze sheep and grow imported plants, including tobacco. In fact, up until the early 1900s, the park’s landscape was continually at the mercy of grazing, logging, and mining. However, the park came to be recognised as a place of significant amusement and recreation for the public and, in 1912, it was established as a National Pleasure Resort.

Since then, the park’s conservation value has been heavily safeguarded, and so hikers are now privy to a stunning array of flora and fauna. This includes foraging mammals like the echidna and the endangered southern brown bandicoot, as well as a complex mix of stringybark forests, open grasslands, and waterfalls. Hikers can choose from a variety of easy, moderate, and hard walks, the most popular of which is the formidable Waterfall Gully to Mount Lofty hike, which can take almost three hours to complete.

Though only a stone’s throw from the Adelaide CBD, Morialta Conservation Park is brimming with enough woodlands, gorges, and waterfalls to make hikers feel like they are in the middle of untapped Australian wilderness.

Much like Cleland National Park, Morialta Conservation Park was first settled in the 1800s, and it spent much of that century geared towards primary production, including grazing, quarrying, mining, and tree felling. In 1901, James Smith Reid, a prominent Australian businessman, purchased the area and subsequently donated 120 hectares to the State Government, which forms part of the park as we know it today.

In Morialta Conservation Park, hikers get to traverse a myriad of different landscapes along the one trail, from savanna-type woodlands to canopy forests dominated by pink, blue, and red gums. Hikers also get to enjoy the sights and sounds of numerous birds, mammals, and amphibians, including the endangered chestnut-rumped heath wren. There are just as numerous hiking trails to choose from, most of which, including the Second Falls Hike, reward hikers with panoramic views of the Adelaide CBD.

Located just 25 minutes south-east of the Adelaide CBD, Belair National Park is renowned for providing patrons with a suite of different options to keep themselves fit, from hiking and mountain biking trails to tennis courts and cricket pitches.

As the birthplace of South Australia’s national parks system, Belair National Park holds a special place in the heart of all Adelaideans. The park started out in 1837 as a government farm for agisting sick horses and bullocks and, later, for growing hay and taking care of stock belonging to the survey and police departments. In the early 1880s, a bill was passed that forbade the park from ever being sold. Likewise, in 1923, following pressure from the Native Fauna and Flora Protection Committee, it was decided that all future plantings in the park must be native to the state.

As such, hikers at Belair National Park are likely to encounter a colourful array of native plants and animals, including kangaroos, emus, and koalas, as well as orchids and other wildflowers. One of the most popular hikes at Belair National Park is the Adventure Loop Trail, which takes hikers through the park's various ascensions, loops, and valleys.

Anstey Hill Recreation Park is located north-east of the Adelaide CBD. The park comprises a wide variety of different hiking and biking trails, and so patrons can "mix and match" their adventure of choice.

Dedicated in 1989, Anstey Hill National Park was named after George Alexander Anstey, a renowned viticulturist who owned extensive pastoral leases on the Yorke and Eyre Peninsulas. For many years, the park was mined for dolomite and quartzite. At one point, it was also home to one of the first commercial nurseries in the Adelaide area. Nowadays, Anstey Hill's diverse landforms are home to numerous plants and wildlife. Its stoney slopes are dominated by pink gum and long-leaf box plant communities, which are now rare in the Adelaide Hills.

These enormous trees, meanwhile, provide food and shelter for kangaroos and koalas, while numerous reptiles and frogs can be found in the creeks and flower-filled understorey. The most popular hiking trail at Anstey Hill is the Yellow-tail Loop, which encompasses many of the park's pre-eminent features, including the nursery ruins.

Now that we have covered some of the most popular hiking trails in the Adelaide area, we are going to look at some of the injuries and first aid management techniques that hikers should keep in mind while exploring the Adelaide bush.

Hyperthermia is a type of heat-related emergency, and it occurs when the human body absorbs or generates more heat than it can release. Hyperthermia is common among hikers, as it typically occurs when a person overexerts themselves in hot and humid conditions. It can also occur when a person becomes dehydrated, as water plays an integral part in regulating a person's body temperature.

Hypterthermia has three different stages: heat cramps, which is considered the mildest form, followed by heat exhaustion and then heat stroke. Heat cramps are characterised by involuntary spasms in the abdomen and/or affected limb. Heat exhaustion can also be characterised by involuntary muscle spasms, as well as headaches, fatigue, nausea, and profuse sweating if associated with exertion.

Both heat cramps and heat exhaustion can be mitigated by resting the casualty in the shade, removing any of their unnecessary clothing, sponging them with water, and giving them sips of water or electrolyte drink once any nausea has passed. It is crucial that hikers exhibiting symptoms of heat cramps or heat exhaustion are treated immediately, as the most serious form of hyperthermia, heatstroke, can inhibit the body's temperature regulation centre, thereby leading to coma, brain damage and, in some cases, death. Our Heat-Induced Illness Chart provides more information about heat-related emergencies.

Depending on where they are hiking, hikers are also at risk of hypothermia, a cold-related emergency. Hypothermia occurs when the human body loses heat faster than it can produce it, thereby leading to a dangerously low body temperature i.e. below 35 degrees Celsius. Once your body temperature drops to dangerously low levels, your heart, nervous system, and other organs cease to function normally, which can lead to heart failure, respiratory failure and, in severe cases, death.

Hypothermia is common among hikers as it typically occurs when a person experiences prolonged exposure to cold temperatures, including inclement weather and cold water. Hypothermia is also more likely to occur when a person is fatigued, as this diminishes one's tolerance for cold. Hypothermia can range from mild to moderate and severe. Mild hypothermia can be characterised by pale, cold skin; uncontrollable shivering; fatigue; and, impaired coordination and speech. Moderate and severe hypothermia, meanwhile, can be characterised by the absence of shivering; slow, shallow respirations; slow, irregular pulse; and, muscle stiffness - to the point that they appear 'death-like'.

If you are the first aid responder to a hiker experiencing hypothermia, you should call Triple Zero (000) for an ambulance; move the hiker from the cold environment to a dry, sheltered location; dry the hiker and remove any of their cold or wet clothing; gradually warm the hiker by wrapping them in blankets and by giving them warm, sweet drinks (if conscious); and, be prepared for sudden collapse and resuscitation.

Head to our CPR resources for more information on how to perform resuscitation.

As we have touched on earlier, many of the most popular national and conservation parks in Adelaide are famous for hosting a wide variety of plant and wildlife. This can include smaller, more dangerous critters like snakes, spiders, and ticks.

Paralysis ticks prefer moist and humid conditions. As such, they are most active in the spring and summer months, when there is a greater chance of rain. Though paralysis ticks are happy to latch onto unsuspecting animals, they are similarly comfortable with latching onto humans that cross, or hike, their path.

Paralysis ticks are dangerous to humans as they can carry transmissible diseases, they can cause pain and swelling at the bite site, and, in severe cases, they can prompt anaphylactic reactions. Tips for preventing and managing bites from paralysis ticks can be found in our resource, How to Remove Ticks.

As well as paralysis ticks, Australia is home to approximately 10,000 species of spiders and around 140 species of land snakes. Not all of Australia's snakes and spiders are venomous. However, like a bite from a paralysis tick, a bite from a non-venomous snake or spider can cause infection, localised pain at the bite site, and severe allergic reactions. More information about identifying and treating snake and spider bites can be found in our Resource Library.

Head to our Resource Library for more information on Adelaide's enviable cultural life, including its thumping festival scene and fancy food and drink purveyors. 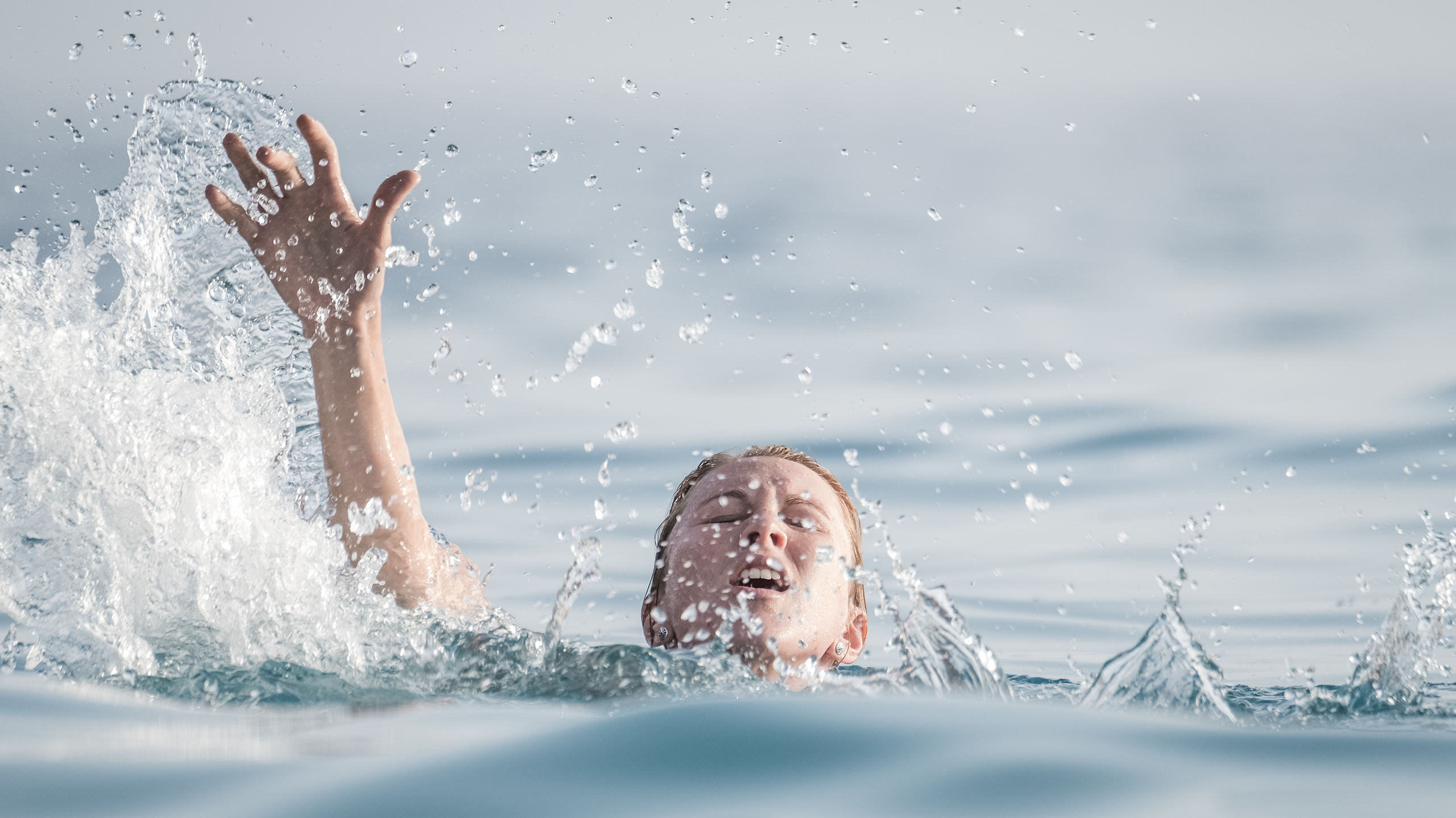 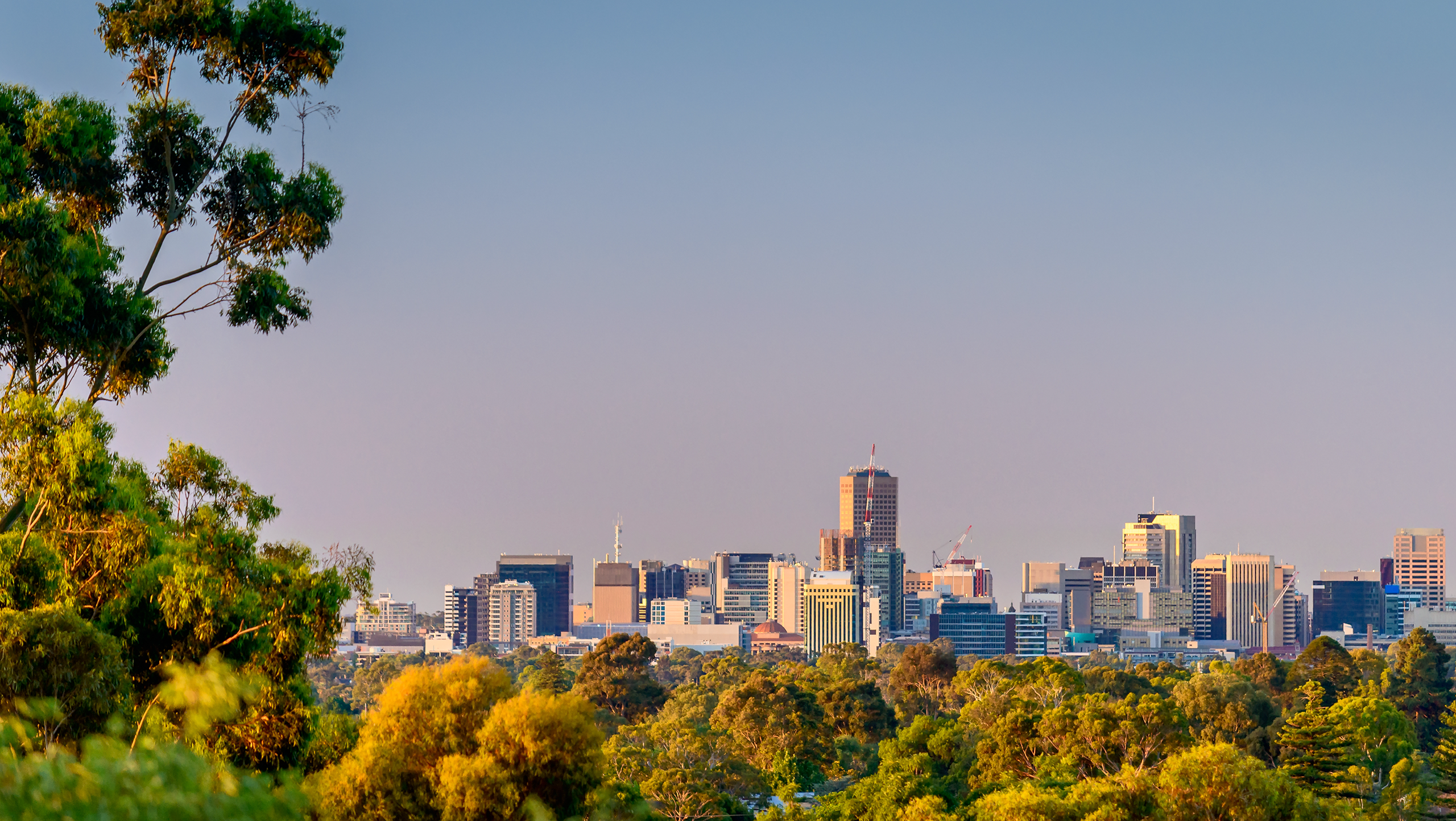 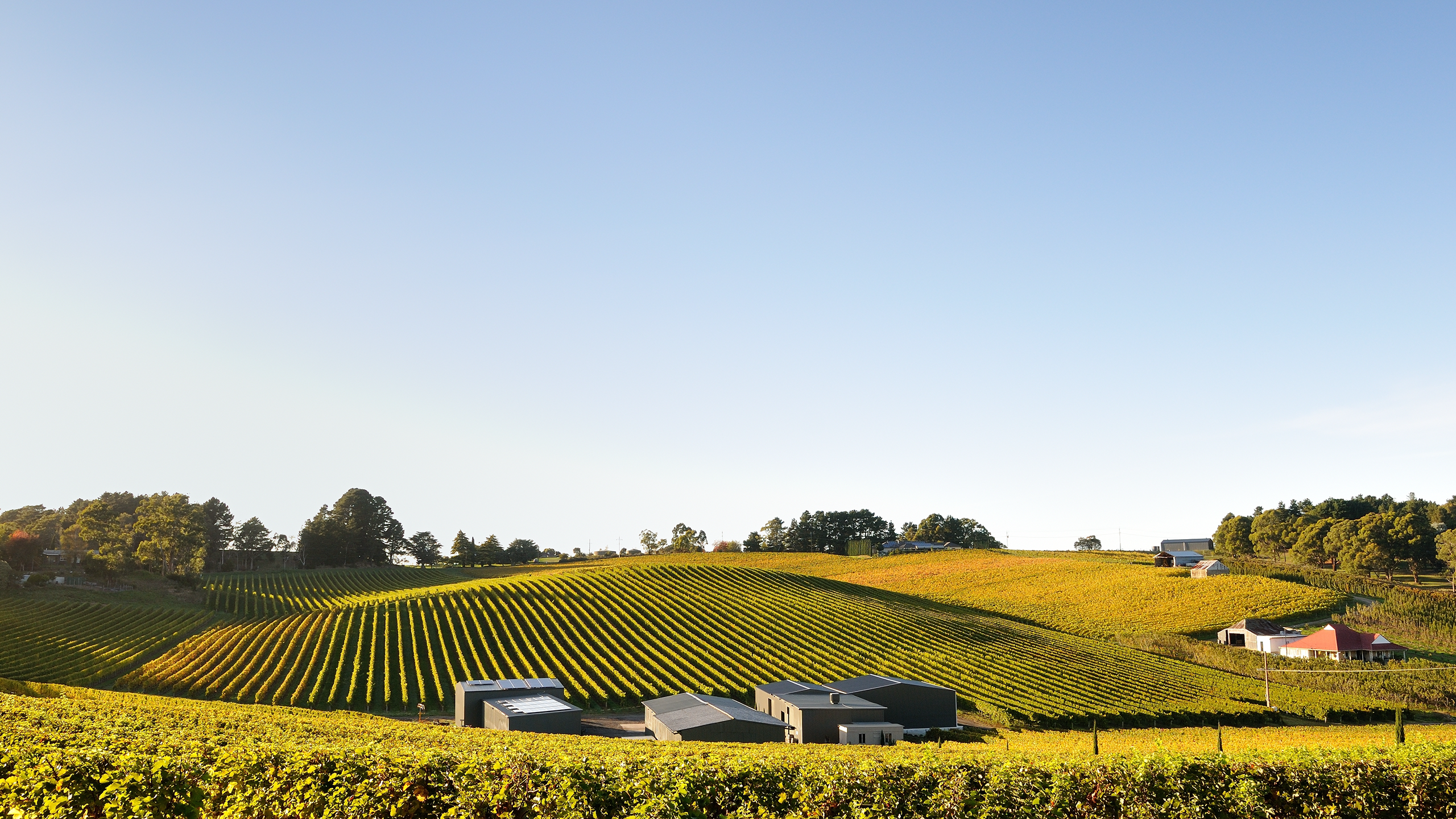 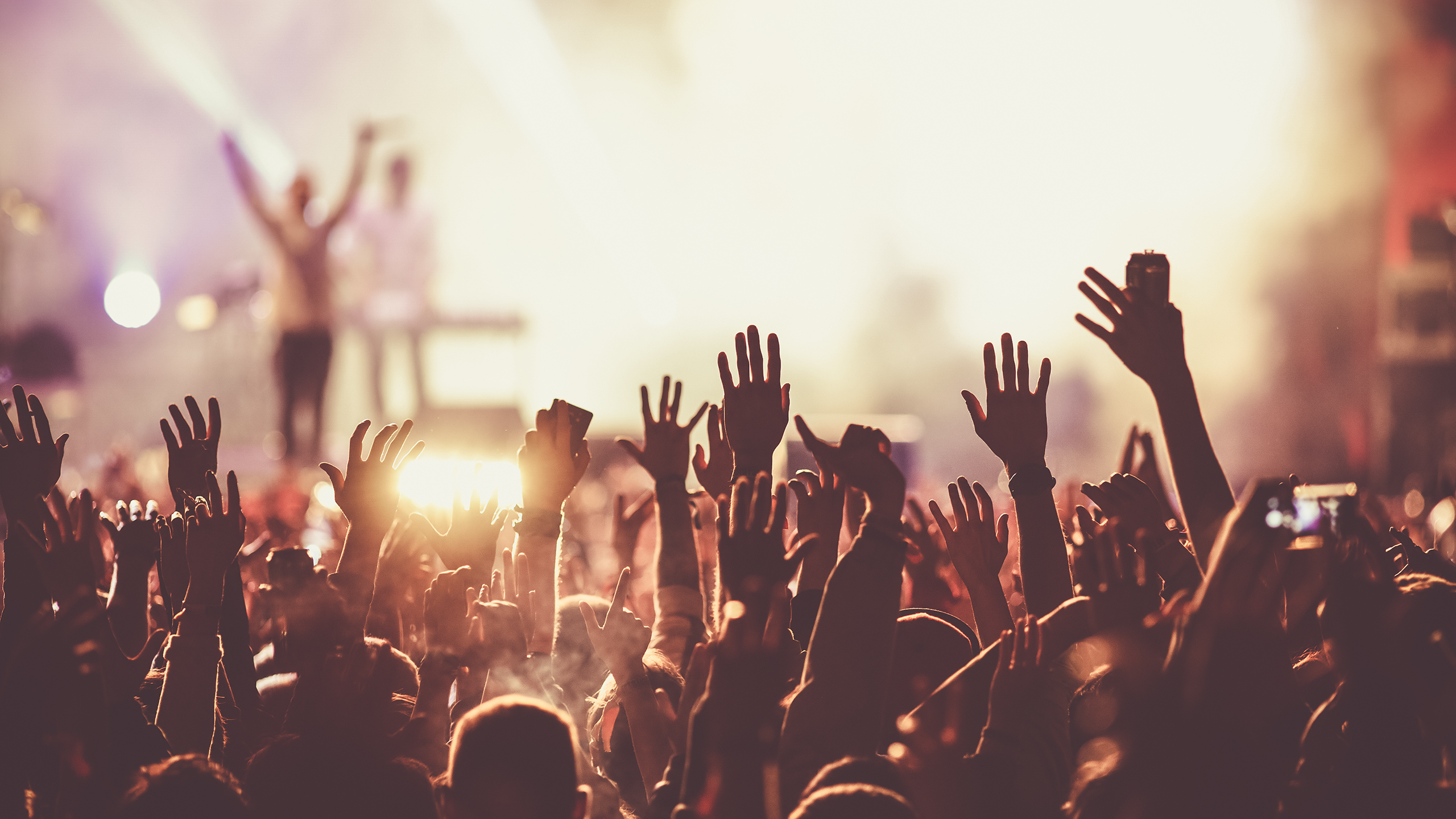 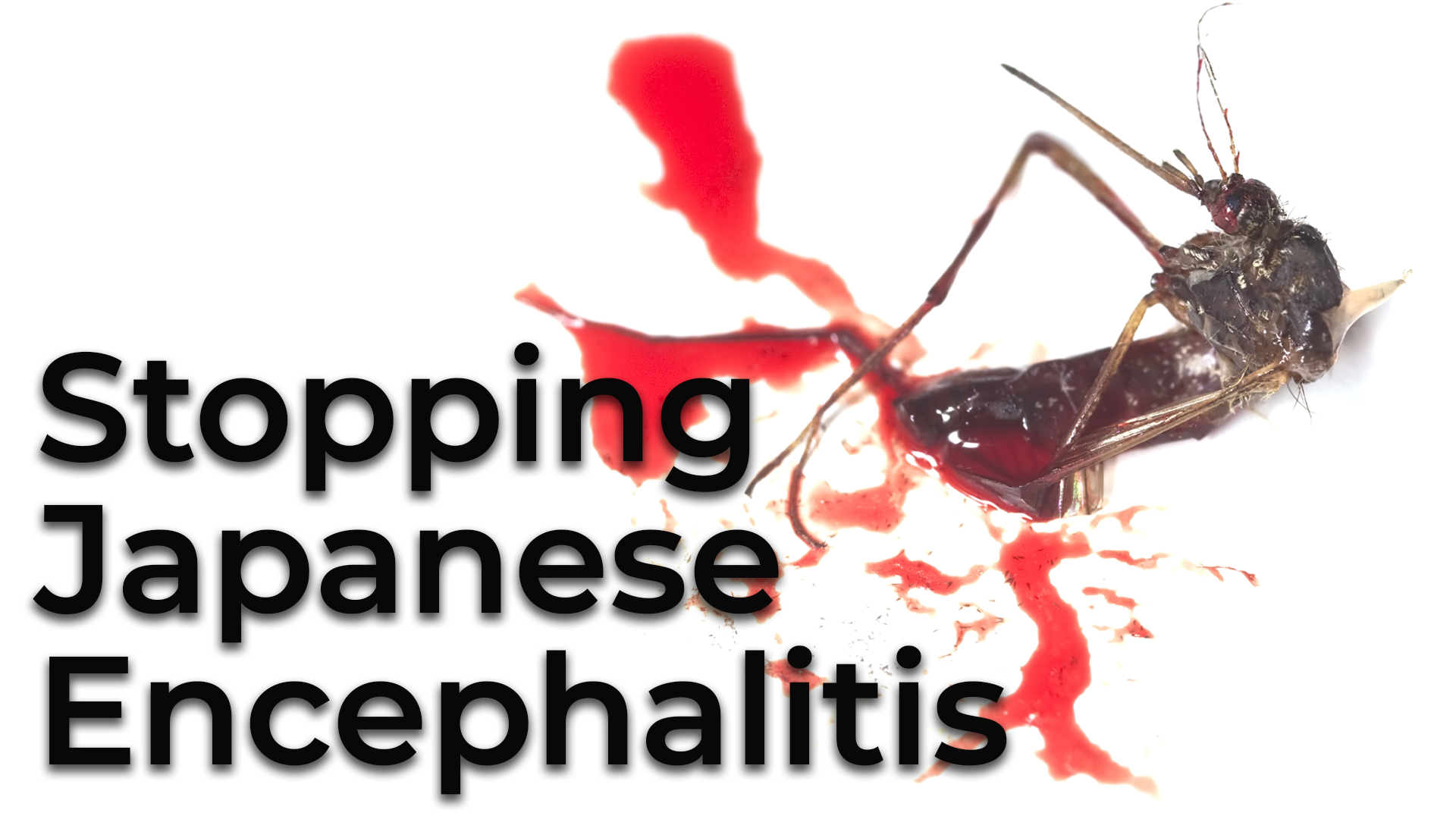 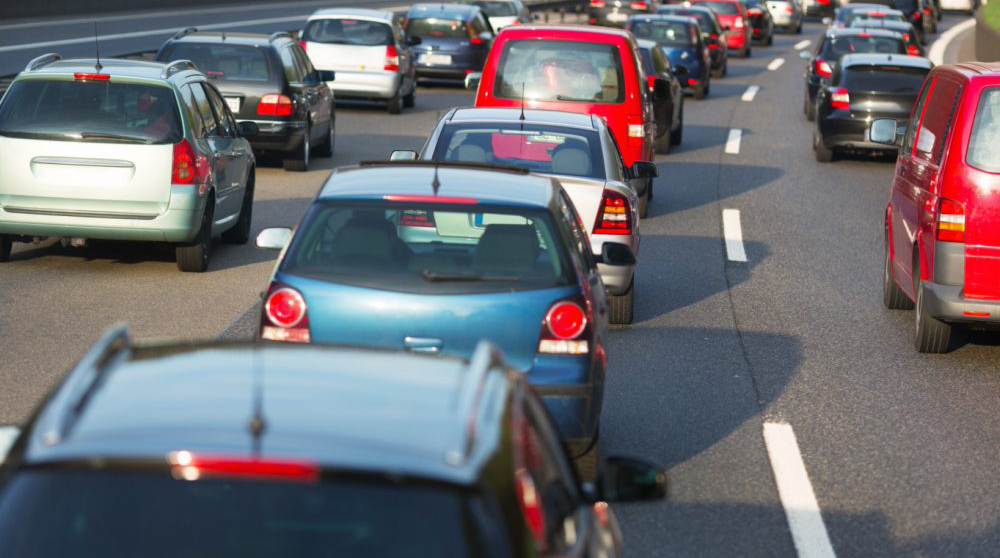 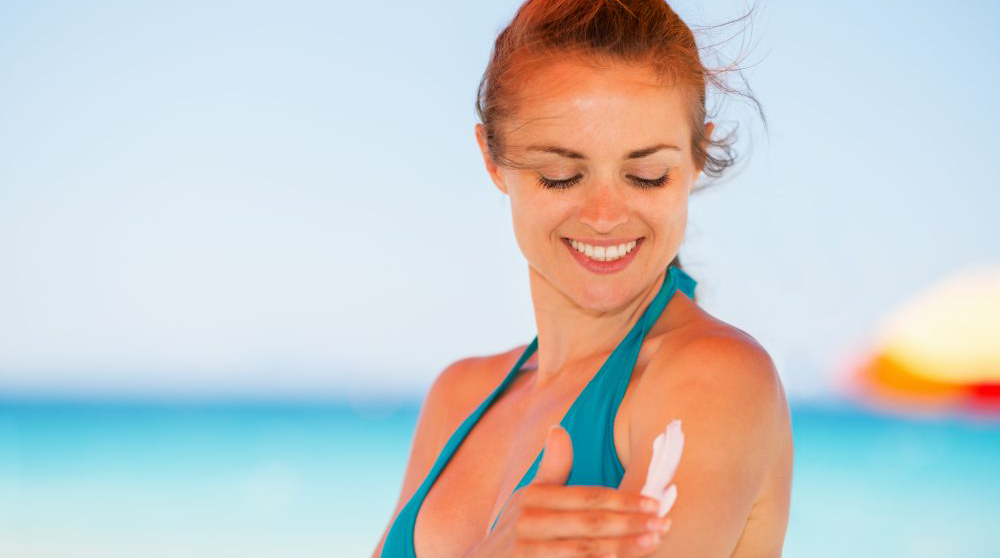