The biting midge is about the size of a pin head. Proving their size doesn’t matter, they inflict bites that can be irritating and painful.

Attacking exposed skin, such as the scalp, neck, face and hands, the biting midge, in a swarm with its peers, is a formidable nuisance.

There are more than 200 species of biting midge found across Australia. Thankfully only a few are a serious nuisance to humans.

What is a biting midge? 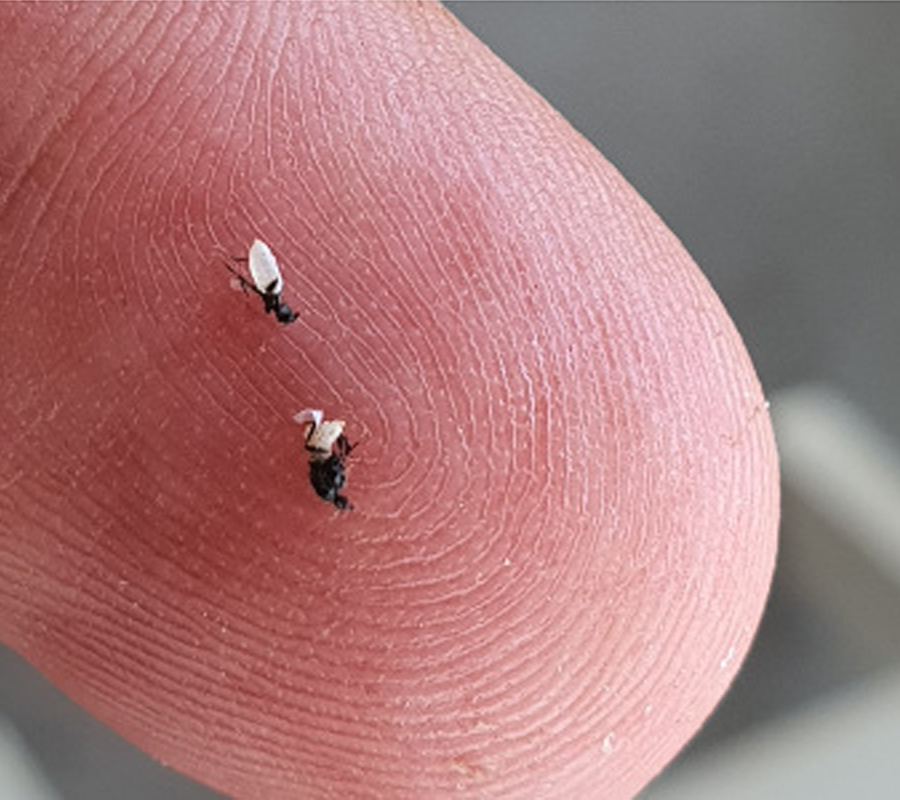 Biting midges are tiny insects from the family of flies, Ceratopogonidae. They possess mouthparts that can pierce the skin and suck blood.

Their distribution in estuaries, swamps, and coastal areas, is almost world-wide. They are notorious for their irritating bites.

In Australia biting midges are commonly called sandflies. Sandfly rolls off the tongue better but, technically speaking, the biting midge is of a different insect genus.

Both insect types suck blood but their distribution varies somewhat.

Sandflies spread Leishmania through their bite. There is no documented case of biting midges acting as a vector for disease-causing pathogens to humans.

Where are biting midges found?

Adult females will lay their eggs in muddy, sandy, or vegetated substrates, such as damp soil and among moist leafy debris.

The adult biting midge emerges from a cocoon-like pupa that develops from a worm-like (larval) stage. This takes from 2 to 4 weeks, depending on environmental conditions and the species.

New and full moon phases are associated with the timing of the emergence of adult biting midges. They can live for several days to months depending on the species.

When do biting midges bite?

Biting midges generally inflict their bites in the early mornings and early evenings.

Only the females bite. They want blood because it provides a protein source from which to develop their eggs.

They are most active under calm conditions and may continue to bite through the night. Under overcast skies, they are also known to bite throughout the day.

The facts about biting midges 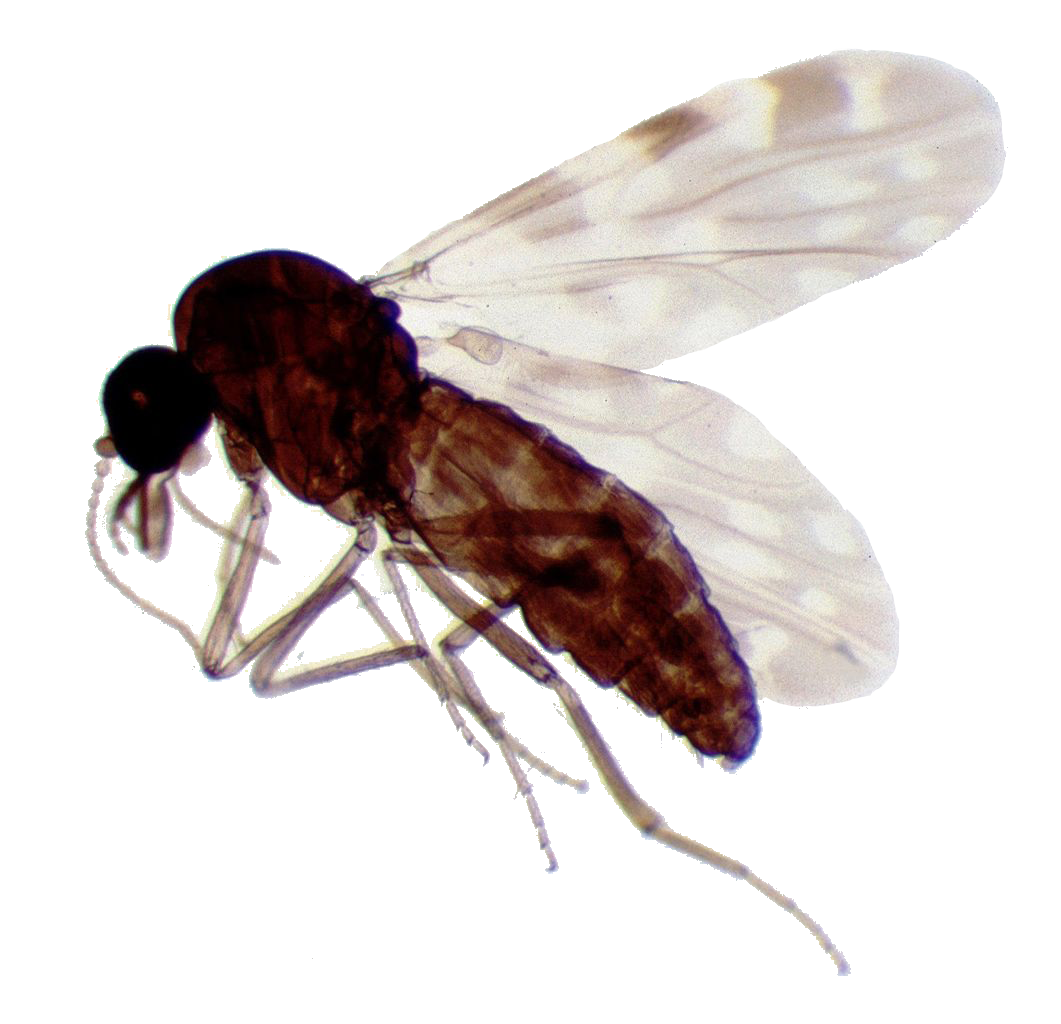 The average lifespan of a biting midge, depending on the individual species, is between a few days and several months.

More than 200 species of biting midge are found in Australia.

Biting midges are wrongly referred to as sandflies, primarily because they thrive in coastal habitats, such as in the lagoons, estuaries, tidal flats, and mangrove swamps of Australia.

The moisture afforded by these environments makes a perfect hatching ground for their eggs.

Temperature is equally important to the biting midge They are most active in humid weather in temperatures between 27°C and 32°C.

You won’t notice them much in windy weather.

Midges don’t stray too far from their breeding sites. Most midge bites are due to people wandering into these areas.

Humans are not alone when it comes to being bitten. Biting midges also take blood from livestock and other animals.

When the female midge bites, it breaks the skin to inject saliva to prevent blood from clotting. She then consumes enough protein from the blood to help develop a batch of 30–100 eggs. 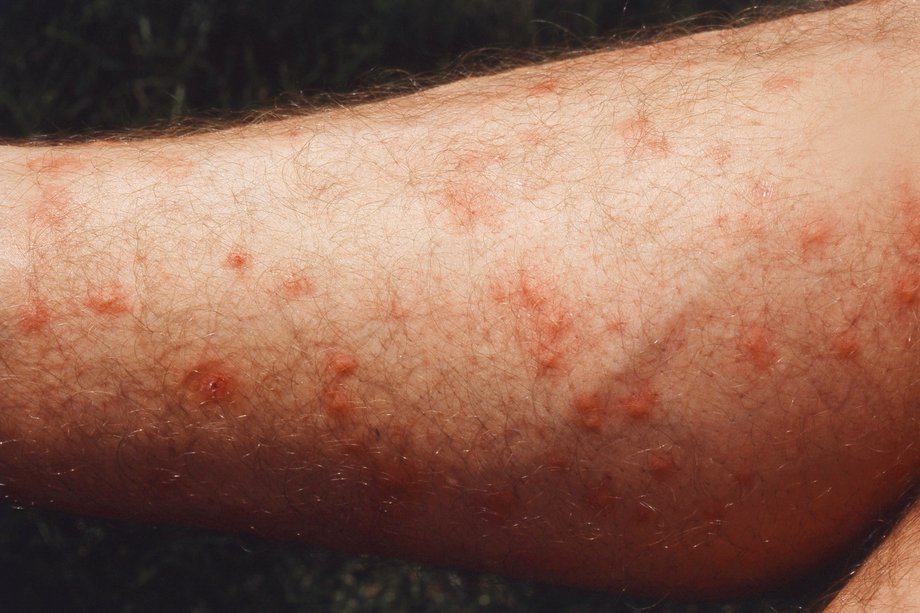 Some species of biting midge are vectors of deadly diseases to cattle, among them Bluetongue disease, African horse sickness, and epizootic haemorrhagic disease.

Midge bites to humans can swell, blister, or weep with a clear discharge. A bite that is scratched excessively, can quickly become infected.

In some cases — few in number but severe nonetheless — bites trigger an allergic reaction and necessitate treating for anaphylactic shock .

With repeated exposure over time, local residents usually cease to be bothered by biting midges.

Currently, there is no chemical registered in Australia that can keep entire midge populations at bay. And excessive use of pesticides may prove harmful to the environment’s other species.

Biting midges are small enough to pass through the average insect screen.

They can be repelled with DEET, oil of eucalyptus, or Icaridin (a.k.a. Picaridin). The latter product “demonstrates excellent repellent properties comparable to, and often superior to, those of the standard DEET”, according to the WHO.

Precautions to avoid being bitten by midges