Should Nuts be Banned from Schools? 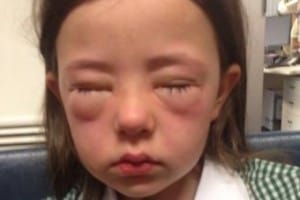 A heated debate has been sparked after a photograph of a 5 year old girl who suffered an allergic reaction on her first day of school was posted to social media. The photograph has received a mixed response from the public, ranging from support to criticism.

Amelie King’s first day of school didn’t go as her parents hoped. Her mother Joanne King was called to pick Amelie up early after she was exposed to peanuts and had an allergic reaction.

Joanne went down to the school immediately and when she realised Amelie was improving she brought her home and called the ambulance, following up with a visit to the GP.

She says “Fortunately for Amelie her reaction was only mild. But I have heard … of far more severe [reactions], even just through sniffing peanuts.”

Amelie has had anaphylaxis since she was a baby and her parents have actively reinforced the importance of avoiding her allergens.

“We absolutely hound into her the sort of vigilance she has to learn to have, and the strategies she needs to have on how to manage it. But unfortunately we also rely on the safety of the community as well.”

Unfortunately, Amelie’s reaction can be set off by just touching traces of nuts. On Monday her reaction was a result of playing with a friend who wasn’t even eating nuts at the time, but had traces on her hands or clothes.

In a bid to raise awareness of the dangers of anaphylaxis, Joanne posted a photograph of Amelie’s reaction on Facebook. In the post she challenged parents to think about the consequences of allowing their child to take a potentially dangerous snack into the playground.

“Should a parent have to fear their child dying on the first day of school?”

“A simple sharing of pencils or a game of ring-a-rosy is all you need to pass on the nut oil.”

“This message is from one of those annoying parents of a child with anaphylaxis, because I don’t want my child to die.”

The photograph has reached thousands of people and is receiving mixed responses. Some parents think it is unfair that their child should miss out on a healthy and nutritious snack just because it might be dangerous to another child, while others completely support Joanne.

Amelie’s father, Matt, says that the ban could be a good idea for younger children around the age of 5 who aren’t as capable of protecting themselves.

“Once they’re a little bit older obviously you can’t do that entirely and control the situations that they’re in but they do become more aware when they’re a bit older and a bit more responsible,” Matt said.

“We’re not going to say don’t give your kids these things but just maybe don’t send them to school with them.”

Although a nut ban restricts lunch box favourites such as peanut butter, Nutella and cookies with nuts in them, Joanne says there are plenty of fantastic alternatives parents can give their children and they can always eat these things outside of school.

What are your thoughts on a nut ban in schools? Is it too controlled or is it worth protecting young children who could have a fatal reaction to nuts? 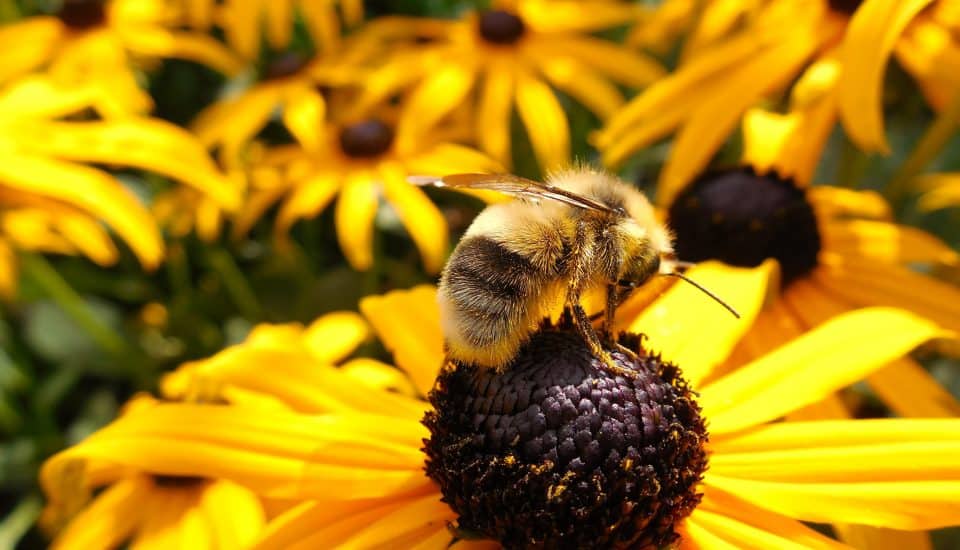