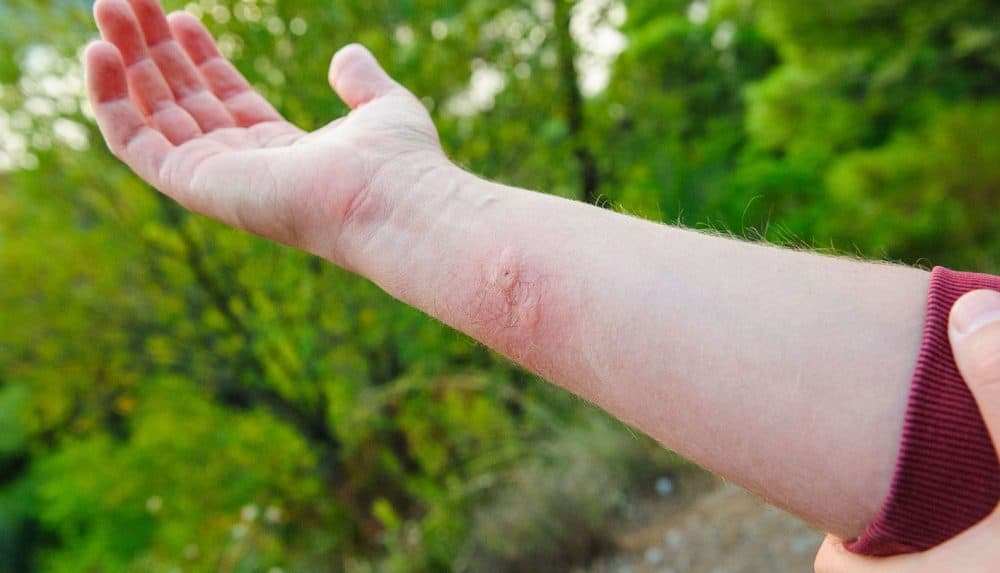 It’s fair to say that, like most of us, you would have experienced an insect bite or sting at least once in your life. Accordingly, the team behind our Melbourne First Aid courses has come up with the following guide to identifying the culprits and treating the symptoms of their bites and stings.

Not all bites or stings have the same symptoms. First Aid treatment changes on a case-by-case basis and depends on the type of insect that inflicted the bite.

It’s often difficult to tell if an insect bite or sting will turn into something more insidious. It’s a good start to know which type of insect was involved.

For most people, reactions from stings and bites from bees, ants, mosquitoes, flies and wasps, are generally not too worrisome, with symptoms such as redness, itchiness, mild inflammation or pain.

This is not always the case, however…

Allergic reactions can result in severe symptoms, ranging from hives and swelling of the throat, face and lips, to shock, abdominal cramping, nausea and vomiting, through to breathing problems.

An allergic reaction from an insect bite or sting could quickly become life-threatening.

Read on to learn how to identify and treat a wide range of insect bites and stings.

Generally, an insect sting will penetrate the skin leaving behind saliva, venom or even faeces. It’s also very common for the “stinger” to be left behind. Whether it’s venomous, or not, is the question…

Symptoms caused by an insect sting:

The stings that most commonly cause anaphylaxis are bee and wasp stings.

Wasps are far more aggressive than bees, and drawn to food and sugary drinks. So it pays to keep an eye on any open food and drink containers while outdoors and stay out of harm’s way.

First Aid for a Bee or Wasp Sting

Do not use tweezers to try and pull out a bee’s stinger. This will only serve to release more venom from the sack attached to it.

Instead try to coax it out with a swift motion, using the edge of a credit card or a finger nail — removing the stinger quickly so as to avoid more venom being released. With the stinger removed, wash the region with soap and water.

Wasps don’t generally leave their stinger behind. For milder reactions from a wasp sting, apply a cold pack and a soothing cream. Oral antihistamines can be taken to help calm itching sensations.

If anaphylaxis occurs after a bee or wasp sting, an epinephrine auto injector should be used.

Where no epinephrine is available and in all cases other than for mild anaphylactic symptoms, an ambulance should be called without delay. If a hospital is close by, take the victim directly to the emergency ward.

First Aid for a Scorpion, Centipede or Caterpillar Sting

For scorpion and centipede stings, use an ice pack to reduce inflammation, before cleaning the wound with either antiseptic or soap and water. The victim may need analgesia for pain relief.

For caterpillar stings, use tweezers to pull out larger hairs, and adhesive tape to remove the finer hairs.

For a mosquito bite, wash the area with soap and water or apply an antiseptic. A cold pack can help relieve swelling and reduce the symptoms. If cold or fever like symptoms result from a mosquito bite, the victim should seek medical attention immediately.

Ticks embed themselves quite firmly in their host’s body, given the chance. This means you need to be careful when trying to remove them. Uninentionally pinching them with tweezers or fingernails is going to result in more of the allergen being released into the victim.

You can, however, get ether-based products at the pharmacy that will freeze the tick. It will die then fall out, usually all by itself. Once the tick is out, apply antiseptic cream to the region.

To be better prepared to treat bites and stings from insects — as well as many other medical emergencies — you’ll find it incredibly empowering to learn First Aid.

Our Melbourne First Aid courses will provide you with all-important first responder skills and  knowledge, including CPR, to care for those around you.

Learn more about our courses now.