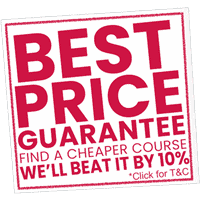 We are an Essential Service maintaining effective safeguards against Coronavirus.

Brian Kuzman
20:12 14 Sep 20
Completed the course yesterday. Collin the trainer with 30 years paramedic experience shared a wealth of knowledge and... could give very practical advice / experience to students.I have previously completed 6 courses for CPR and First aid - with out a doubt the best I have done to date.read more

Amanda Gillam
08:22 14 Sep 20
Did the full CPR and First aid course today with Colin. Love the accent (he's Scottish). The course is expedient due... too covid but still gives you all the knowledge just less B.S.read more

Carly Wilson
05:31 12 Sep 20
Completed my training with Colin- he was really great and explained everything clearly so it was easy to understand!... Would recommend completing training with this company to anyone!read more

Lauren Wells
01:56 11 Sep 20
Absolutely brilliant given the circumstances of COVID, Colin is one in a million, and many educators should take a leaf... out of his book. With a down to earth approach of genuine life experiences, Colin connected with his students perfectly. Very very well done, and will recommend to anyone who’s looking to sit this course.read more
See All Reviews

Students from Ipswich, including Springfield and Springfield Lakes, as well as any of the areas listed below will find our Ipswich First Aid training venue easy to reach:

You’ll find there are only a few steps needed to attain your First Aid certification with Australia Wide First Aid.

You must complete the required coursework, including pre-course reading and submitting your online assessment on time.

You need to provide a valid USI and of course, pay for your First Aid training.

Once all the boxes are ticked, then the same day as you complete your First Aid course,
your official Statement of Attainment will be emailed direct to your inbox.

Do your bit for Ipswich — as well as for yourself and your family — by becoming First Aid certified as soon as possible.

The entry to the training venue is on ground level via east street.

CAR – Parking is available in and around the training venue, including; Ipswich Train Station and Wharf Street. For shorter courses, students can use the shopping centre parking located on East Street, under Woolworths.

Water, coffee and tea is available throughout the day.

A 30 minute lunch break is scheduled for courses running over 4 hours. You are welcome to bring your own lunch. Alternatively, there is a number of cafés and coffee shops in the area.

NOTE: Please make sure you arrive 15 minutes prior to your course commencement. Late arrivals are generally unable to gain entry due to health concerns and disruption to the First Aid class in progress.

The roots of First Aid in Australia reach back more than 200 years ago. And today most would argue that it is even more relevant and vital to our existence than it was then.

With the development of technology and skills continually honed by first responders from the medical profession and beyond, the evolution of First Aid speaks for itself.

We deliver First Aid training to the public, not just in Ipswich, but also in locations right across the country.

Whether you are new to First Aid or simply wishing to refresh your skills and renew your First Aid certification, Australia Wide First Aid’s streamlined courses are ideal. We combine a minimum of face-to-face First Aid training with a well-crafted e-Learning course that you will easily fit into your busy schedule.

What is First Aid, and How Did It Originate?

First aid refers to a set of stopgap measures that are applied to someone undergoing a medical emergency, before additional medical assistance becomes available. The term “first aid” (in German, erste hilfe) was first coined in 1870 by a Prussian military surgeon named Friedrich von Esmarch, who formalised its use during the Franco-Prussian War. Today’s first aiders are meant to replicate the sensibility that was first carried out by soldiers, learning techniques such as bandaging wounds, treating burns, or applying advanced techniques like CPR.

New students will learn that these 3 basic principles, or 3Ps, will govern their first aid training: preserve life, prevent further injury, and promote recovery. The 3Ps are the driving force behind particular first aid techniques and in the students’ development of mental strength, compassion, and decision-making skills under pressure.

What Are the Benefits of Learning First Aid Now?

Learning first aid, and enhancing your knowledge of it over time, offers plenty of benefits. None are as obvious as when an actual medical emergency unfolds in real-time. If you have a loved one suffering from a health condition and who is vulnerable to sickness or injury, then you will be well-equipped to take care of them. You can also step in and play the part of a Good Samaritan if a stranger falls into cardiac arrest or there is a car accident which can happen anywhere including right in front of you.

Your first aid knowledge can also improve everyone’s general quality of life. Your home will be safer for it, and your office, club, or sports team can count on you as an asset. First aid also ensures your own health and wellbeing. For example, you’ll have better mental presence and awareness of how to help yourself if you are out and about in Ipswich city by yourself.

There is also the chance that your job prospects will improve. Some of our students enrol in our courses to gain Continuing Professional Development (CPD) points. Still, others attend our career-specific modules, such as anaphylaxis and asthma management for education and child care workers. But even if first aid training is not a prerequisite for your field of work, the credentials will still stand out on your resume. Your potential employers will assume that you have leadership and decision-making skills, and perceive you to be responsible and a very helpful and levelheaded person.

How Does One Become a First Aid Provider?

A student is awarded ‘first aider’ status when they complete their chosen course and receive a Statement of Attainment. They can choose to attain proficiency in all-around first aid training, in particular techniques like CPR, or in specialised first aid methods like anaphylaxis and asthma management. First-time students or those who have already completed many first aid course over the years are welcome to enrol in Australia Wide First Aid’s courses.

There is a minimum age requirement of 14 years old to enrol in our first aid certificate programs. All minors under the age of 18 must submit a form of consent from their parents or guardians. Upon completing all course requirements, students will receive their Statement of Attainment which is recognised anywhere in Australia.

This course involves 2-hours face to face and pre-course reading and assessment. Students are taught basic knowledge and practical CPR techniques, and how to distinguish between cardiac and breathing-related emergencies, and how to use an automatic external defibrillator (AED).

This comprehensive 4-hour face to face course also includes pre-course reading and online assessment. The course covers the minimum requirements of workplace first aid compliance. Some concepts to be taken up in this course are first aid response, CPR, life support, and management of casualties.

The Emergency First Aid course is focussed on emergency response for education and care settings, according to the requirements of the Australian Children’s Education and Care Quality Authority (ACECQA). This is a 5-hour face to face training course which also includes pre-course reading and online assessment.

Ipswich is one of the country’s fastest growing cities and, over the coming decade, its 200,000-strong population is expected to double.

Aspects that animate the city are its coal mining history and its rather humid climate, which sees very hot summers and powerful summer storms. Such conditions, of course, have shaped the city. They are also the conditions in which heat stroke, cardiac arrest, and injury can occur.

Basic First Aid training courses are by far the most popular. These courses are essentially the ones that most employers require their staff to complete to meet workplace health and safety compliance.

Special focus in these First Aid Courses is given to vital life-saving techniques such as cardiopulmonary resuscitation (CPR).

Being able to get your First Aid certificate on the same day as successful completion of your training course has proved a real game changer for the people of Ipswich.