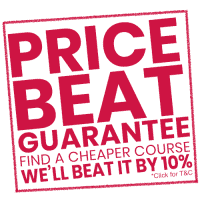 Aiming to make first aid more accessible to individuals, employees, and companies around the area, Australia Wide First Aid holds regular first aid training courses in Browns Plains. We offer 1-day courses and hold classes 7 days a week in convenient venues around the country. We also hold on-site training classes for companies and groups to ensure we provide them with courses that are tailored specifically to their home or work environment.

Australia Wide First Aid is a Recognised Training Organisation (RTO No. 31961), and our courses comply with the guidelines set by the Australian Resuscitation Council (ARC) and the Australian and New Zealand Committee on Resuscitation (ANZCOR). Students who are able to complete the course and pass the assessment receive nationally recognised Statement of Attainment. Our trainers and assessors also follow the VET Quality framework to ensure that all our classes are conducted in a consistently professional manner.

Water, coffee and tea is provided throughout the day.

There is a 30 minute lunch break for courses running over 4 hours. You are welcome to bring your own lunch. Alternatively, there is a cafe located next door to the training centre (weekdays only).

NOTE: To make sure you have enough time to comfortably sign in and complete enrolment documents, please arrive 15 minutes prior to your course commencement. You will need your USI number with you at the time of enrolment.

Our training venue in the Brisbane Southside suburb of Browns Plains is in very close proximity to the following suburbs: Parkinson, Drewvale, Berrinba, Hillcrest, Regents Park, and Heritage Park.

Browns Plains is a suburb in Logan City, Queensland with a relatively young population. Located some 24 km from Brisbane, it is a terminus for Brisbane city bus routes and is an important connection between the Brisbane and Logan city bus routes. Its convenient location and the ease of access afforded by the bus routes that pass by it make Browns Plains a great location for first aid training.

Why is It Important to Learn First Aid?

First aid is administered to a sick or injured person with the aim of preserving life, preventing the patient’s condition from worsening, and promoting their recovery. CPR or cardiopulmonary resuscitation is a well-known component of first aid, but first aid is also used to respond to injuries, allergic reactions, and other medical emergencies. First aid knowledge can be used to address and reduce risks in the home or workplace. Many professions require staff who have accredited first aid training certification, while many companies are also required to have at least 1 currently certified first aider in their office or facility.

How Will Learning First Aid Benefit You?

Learning first aid has many advantages. It allows you to have a keener eye in surveying your

environment and identifying and addressing the risks in the places where you typically spend most of your time, like your home or place of work. First aid training also prepares you to take action in cases of medical emergency. It helps you adopt the right mindset and use the proper tools and techniques to aid survivors until professional medical help is available.

First aid training can also improve your chances of employment and help you forward your career. It’s imperative to learn first aid to grow in certain professions, and a Statement of Attainment can help make your CV more attractive to prospective employers.

How Do You Become a First Aider?

A first aid training course equips students with the right skills, knowledge, and mindset that will be useful during medical emergencies. Students in an accredited first aid class can be as young as 14 years old, but those below 18 years of age need to present signed parental consent before they can enrol in the course. After completing the course, students will earn their Statement of Attainment. Some of these certificates have a validity period and need to be renewed regularly. A CPR certificate, for example, has a validity of 12 months, while a Provide First Aid certificate has a validity of 3 years.

Australia Wide First Aid specialise in the delivery of streamlined courses that take less time to complete. These fast-tracked courses provide the same level of skill and knowledge as regular first aid courses. Our courses provide the added flexibility of a combination of online and face to face mode of delivery, which saves students precious time they would normally be required to attend additional face to face contact hours under typical mode of delivery.

This component of Provide First Aid, covers cardiopulmonary resuscitation. It is useful for responding to drowning, cardiac arrest, and other types of cardiac emergencies. This course takes 2 hours of face-to-face training plus pre-course reading and online assessment.

Among the coverage of this course are first aid response, casualty management, and life support. The face-to-face training for the regular course takes about 8 hours, while the Express Provide First Aid only takes 5 hours to complete. In addition, the online assessment for these courses can take up to 8 hours.

With a total face-to-face training duration of 5 hours plus pre-course reading and online assessment, the Emergency First Aid course has a specific focus on infants and children and covers performing CPR techniques on infants, children, and adults; assessing emergency situations; providing first aid to various types of injuries; and managing medical conditions. This course is required by staff employed in the child care industry.

Before and After Signing Up for a First Aid Training Course

Students who are taking either the regular or fast-tracked course must be able to complete the pre-reading and online assessment the night before the face-to-face training. The Statement of Attainment will be sent via email to all successful students on the same day as the course.

For any further questions about Australia Wide First Aid’s courses and training venues, just give us a call on 1300 336 613 or email info@australiawidefirstaid.com.au.